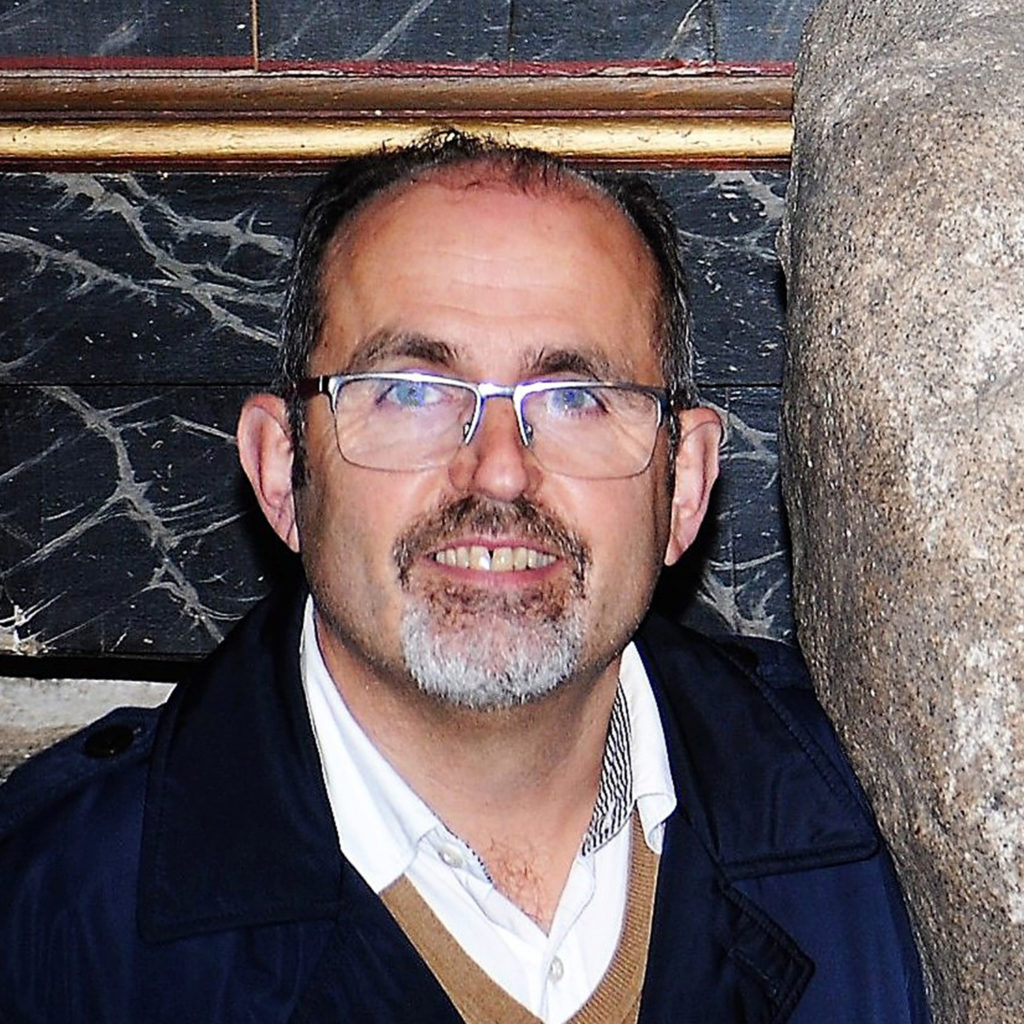 Countless testimonies and tales attest to a deeply-rooted tradition that has been practised by pilgrims from myriad countries since the Middle Ages: after visiting the relics in Santiago de Compostela, they would continue their journey to Padrón in order to see for themselves the origins of the Way of Saint James, considered to be the place where the remains of the Apostle arrived by sea sometime around 44 CE. From there, they were taken on an oxcart to Santiago de Compostela, where they were buried on Mount Libredón. It was on this site that Santiago Cathedral was erected over his mortal remains. The Romanesque temple was built between 1075 and 1211, although it has been extended on numerous occasions, which explains its current appearance.

For this reason, the town of Padrón lies at the heart of the traditions associated with the Way and the Apostle. Not only is it a destination for many pilgrims, together with Fisterra and Muxía, second only to Santiago de Compostela, but tradition also has it that it is one of the few sites in the Iberian Peninsula where the Apostle Saint James is known to have preached before his return to Jerusalem – specifically on Mount Santiaguiño.

Padrón is also the final stage for pilgrims following the Portuguese Way to Santiago.

References to Padrón in the Codex Calixtinus (12th century)

The Codex Calixtinus, the first guide to the Way of Saint James, leaves no room for doubt:

Charlemagne, the first pan-European emperor, travelled to Padrón. “After visiting the tomb of Saint James, he travelled to Padrón without encountering any form of resistance, and cast his lance into the sea, thanking God and Saint James for safely delivering him to this place, whilst at the same time seeking forgiveness for not having travelled there earlier”.

-Of the seven gates to Santiago, only one is mentioned as the way out of the city... “The fifth, Porta Falqueira, on the road to Padrón”.

-The same is true with the city’s churches. Only one is associated with the road leading out of the city: “...the sixth, dedicated to Saint Susanna, virgin and martyr, which stands on the road to Padrón”.

King Alphonse XI of Castile was named a Knight of the Cathedral in 1332. Immediately afterwards, the monarch set out from Santiago on a pilgrimage to Padrón “...because the body of Saint James was carried to that place”.

The Archbishop of Santiago, Rodrigo de Luna (15th century), carried out improvements to the pilgrims’ hospital in Padrón. He explained the reasons in his own words: “For all devout Christians who visit our Church of Santiago every day, expressing their faith, before continuing their pilgrimage to our church in Padrón”.

There are countless testimonies of pilgrims who, after finally reaching Santiago, chose to continue their journey to Padrón.

-Nompar II, Lord of Caumont, 1417. In his guide for the pilgrims that would follow in his footsteps, he wrote the following: “This is a place (Padrón), to which our Lord Saint James travelled by sea: his severed head and body arrived in a stone boat with no intercession; I myself saw the boat on the seashore”.

-Sebald Ortel, Nuremberg, Germany, 1522: “We left Santiago at noon on All Saints’ Day and came to Padrón. It was a journey of four miles”.

-After making their offering to the Apostle in Santiago Cathedral, the Duke and Duchess of Montpensier continued their journey to Padrón to worship the Pedrón. They arrived on 28th July 1852.

-The Archbishop of Santiago and Cardinal Martín de Herrera (1889-1922), would pay an annual visit to Mount Santiaguiño. During his term of office, improvements were made to the site.

-In her account of the journey she made in 1907, Annette Meakin wrote that “After paying their dues to Saint James, the majority of pilgrims travelled to Padrón to visit the site where the Apostle’s body arrived by sea”.